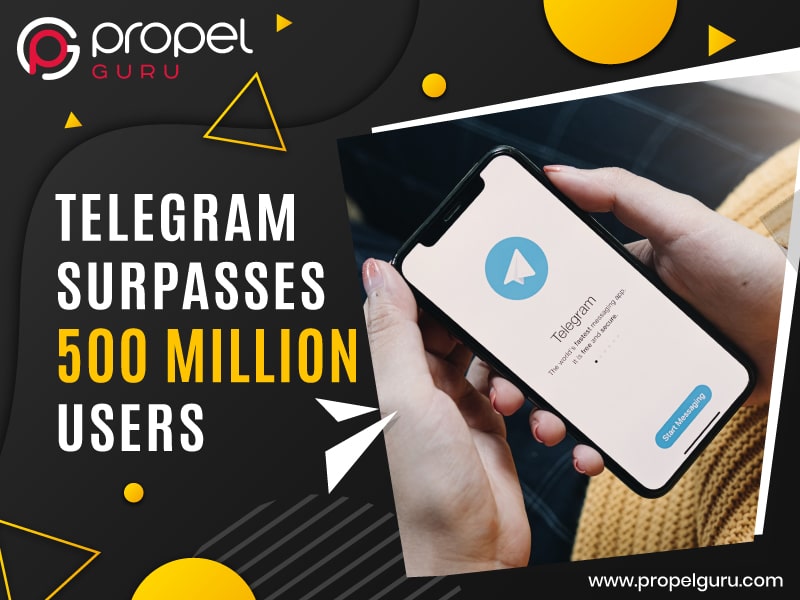 Telegram has surpassed 500 million active users just in two weeks after WhatsApp announced that they are changing their privacy policy. Telegram’s CEO and Founder, Pavel Durov, stated that the social media platform saw 25 million new users who signed up in the app during the past 72 hours.

Of the total 25 million new users, almost 38 percent of users are from Asia, whereas only 8 percent are from the Middle East and North America. Durov also commented that the app did see a few surges in the past years, but currently, the rise is entirely different.

The CEO of the 7-year old app has also slammed WhatsApp by saying that individuals no longer are interested in exchanging their privacy for any free services. Also, people don’t  want to be held hostage by any tech monopolies, who feel that they can do anything if their apps have a large mass of users.

To date, Telegram has nearly 400 million monthly users, of which one-fourth was added in 2020 alone. As per WhatsApp, they currently have 2 billion users worldwide. In a blog post, Telegram mentioned that they are growing by 1.5 million users regularly. They have also claimed that the social media app is the most downloaded app in almost 20 countries.

In 2020, Telegram united with governments and ministries of 17 countries all over the world to announce several anti-covid initiatives. The company even has partnered with the Government of India to launch the MyGov Corona Newsdesk to provide verified updates and news to the users. The main reason why Telegram has created such a vast user base is by promising security. The company has also stood firm against censorship and even spoken out against many world governments openly.