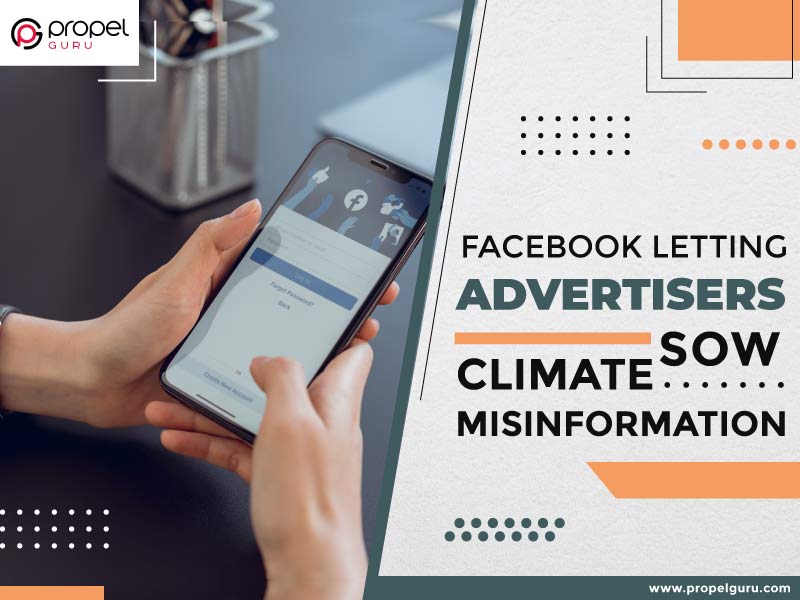 According to a new report, Facebook would be allowing climate misinformation advertisements to multiply in spite of claiming that it is committed to eradicating the problem.

The corporate climate lobbying platform, InfluenceMap, has identified that 51 advertisements on Facebook denies the link between human activity and climate change and has received total views of eight million over the first half of 2020.

This comes to the limelight even though Facebook has banned false advertisements and made a statement in September this year, which said it is committed to tackling climate change through its global operations.

The social media platform has taken down one of the 51 advertisements. Simultaneously, the rest are allowed to be showcased on the site for the entirety of the scheduled campaign.

US Senator Elizabeth Warren said, “InfluenceMap’s devastating report reinforces and reveals how Facebook lets climate deniers spread dangerous junk to millions of people. We have repeatedly asked Facebook to close the loopholes that allow misinformation to run rampant on its platform, but its leaders would rather make a quick buck. At the same time, our planet burns, sea levels rise, and communities – disproportionately Black and Brown – suffer.“

From the Democratic party, Warren has been one among the four Senators who sent an email to Facebook the platform earlier this year asking Facebook to close the gaps that allow the spread of climate information.

The report by InfluenceMap states that four well known conservative US groups were behind the advertisements and have collectively spent $42,000 for the 51 advertisements. The groups have been receiving funds from donor-advised trusts that allow them to camouflage their income source.

The videos’ highest views come from  Texas and Wyoming and were seen mostly by men over 55 in rural US states. The main motive of uploading the video was to attack climate science’s credibility and create suspicion in people’s minds regarding fossil fuels being the leading cause of greenhouse gases.

It was last month that Facebook launched a Climate Science Information Center to tackle climate misinformation.