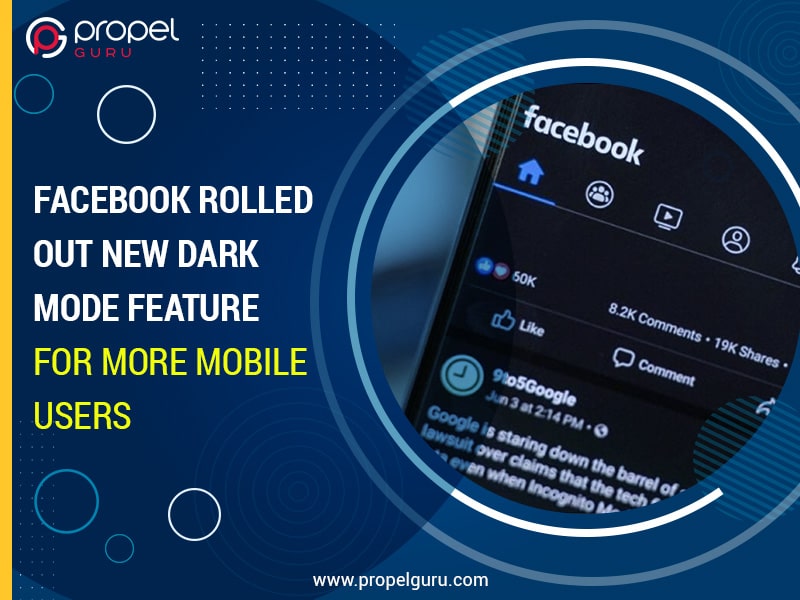 Facebook, the social networking giant, has started rolling out support for the awaited Dark Mode feature for mobile users. The new feature is available to only a few regions now but will shortly be received worldwide.

Facebook has introduced the dark mode for most of its apps, such as WhatsApp, Messenger, and even Instagram, in the last few months. Since then, users are eagerly waiting for the Dark mode for the Facebook app on Android and iOS. The process gained force momentum with the arrival of iOS 13 and Android 10 featuring system-wide dark modes. The platform is testing out a light-eye-straining dark theme for its mobile version, and the new feature is currently available to a few numbers of iOS users following Android users.

The announcement was made by Jane Machun Wong, who actively tweets about unreleased features about mobile apps. However, Jane’s tweet was in collaboration with the company’s spokesperson.

After that, several iOS mobile users who got a hold of the dark mode used Twitter to showcase its new theme. The dark mode on other apps owned by Facebook delivers a black theme, but not this one. The dark theme won’t just go black in the background. Instead, the app will use grayscale design along with white tone accents for icons and logos.

A few users can activate the dark mode feature under the ‘Setting and privacy’ with the menu tab. Mobile users can now choose between dark and light appearances. It is compatible with Android 10 as well as iOS 13 and can automatically change concerning system settings. The website version of the giant has already received the feature last month. On the desktop, when toggled on, the background is dark grey and not dark black. The desktop version is also updated to give a more clutter-free browsing experience to its users. The new site is smooth & faster and has made the navigation more comfortable to find videos, games, and groups.

Facebook On Android Is The Last To Receive Dark Mode: Facebook for Android will be the last app in the family of apps owned by Facebook to get a dark mode option. The company is prompt in delivering updates for other versions or other apps. It has always been lagging out in providing regular updates to the Facebook app for Android, but let’s wait until the official release. You can install the latest update of the app & make sure to check if the Dark Mode is available or not.