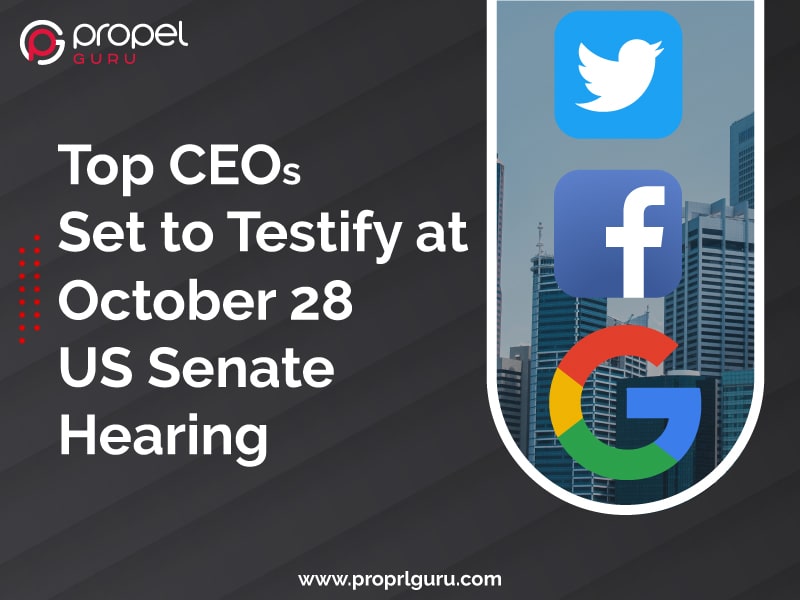 Facebook, Google, and Twitter CEOs are set to testify for a Senate hearing on October 28. The hearing’s primary purpose is to control the hate speech and misinformation shared on these social media platforms.

Last week the Senate Commerce Committee voted to sanction subpoenas for Facebook‘s Mark Zuckerberg, Sundar Pichai of Google, and Twitter’s Jack Dorsey. If the CEO’s disagree to testify voluntarily, they will be forced to do so.

Twitter Public Policy tweeted, which says, “@Jack has voluntarily agreed to testify virtually before the @SenateCommerce Committee on October 28 — less than a week before the US Presidential Election. It must be constructive & focused on what matters most to the American people: how we work together to protect elections.”

The hearing, which is about to occur one week before Election Day, marks a new impartial initiative against Tech companies. They are under scrutiny from state attorney generals over hate speeches, consumer privacy, and competition.

Sen. Roger Wicker, a Mississippi Republican who heads the Commerce Committee, says, “The executives’ testimony is needed to reveal the extent of influence that their companies have over American speech during a critical time in our democratic process.”

Meanwhile, Facebook has also come up with restrictions like political advertising like a ban on messages claiming widespread voter fraud. After President Donald Trump elevates the prospect of mass trickery in the vote-by-mail process in a debate with Joe Biden of the Democrats, this feature came into consideration.

Earlier this year, Trump had signed an executive order challenging the protections from lawsuits, which served as the foundation for the unfettered speech on the internet under the 1996 Telecommunications Law.

On the other hand, Democrats are more into the reproval of social media, including hate speech, violent content, and misinformation, which keep people away from voting. They are the ones who are criticizing CEOs for failing to create a safe and just environment on social media platforms.