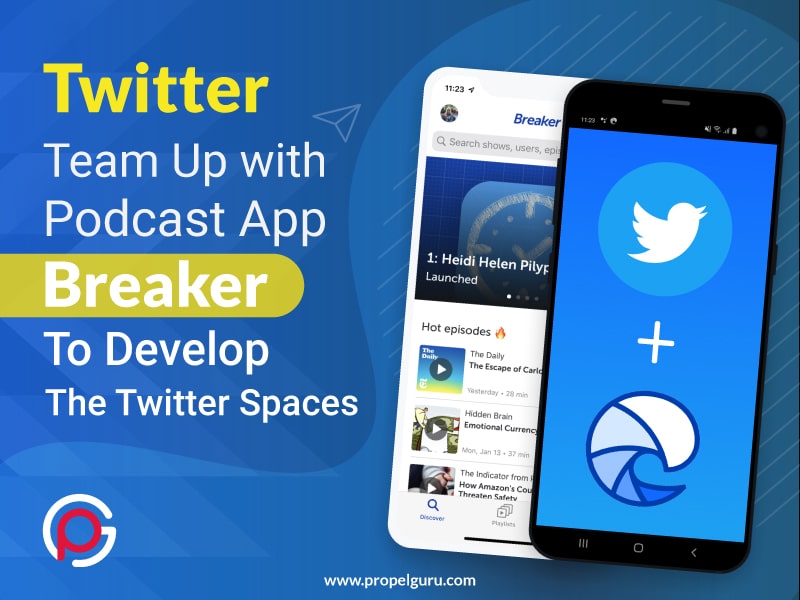 The deal will see podcast app Breaker joining Twitter to help improve the health of the public conversation on the services and will work on Twitter’s new audio-based networking project, Twitter Spaces. However, the Breaker app will shut down on January 15, 2021

Breaker stated that currently, users can transfer their subscriptions to other podcast-listening apps like those offered by Apple Inc, and Spotify.

The financial details of the acquisition of the team behind the four-year-old San Francisco-based podcast app have not been disclosed.

As Breaker found a new home, the co-founder Leah Culver confirmed the news on Twitter. Breaker, the social broadcasting company commented that they are excited and inspired by the idea of Twitter facilitating public conversation for people around the world. Breaker’s team is also genuinely passionate to help in creating the future of audio conversations.

Breaker was founded in 2016. The co-founder and the CEO of the podcasting company are Erik Berlin. He previously founded 140 Proof, a social advertising company that was profitable in its first three years and sold for 4X capital invested.

When the app was launched, podcasts’ scenario was still thought of as audio feeds and podcast apps as productivity tools. It did not seem like experiences around which a community could be built. Breaker helped to change the usual rhythm of perception by offering an app where users could like and comment on episodes, discover new podcasts by following friends, share favorite shows on social media, and much more.