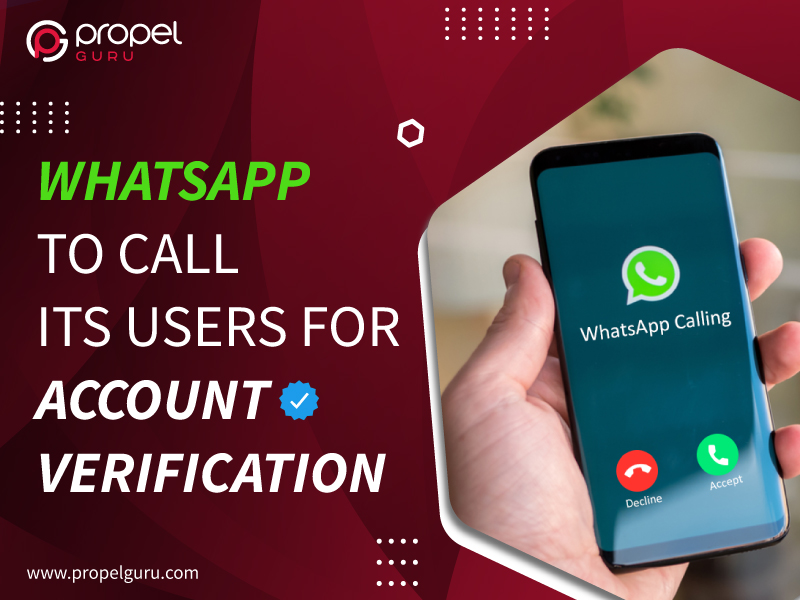 WhatsApp, the Facebook-owned app, plans to launch a new feature called “Flash Calls” to verify your log-in on WhatsApp. This new feature will enable users to log in to their WhatsApp account safely using ‘flash call’ instead of a 6-digit verification code.

According to reports for Mashable, WhatsApp is developing a new feature in the WhatsApp beta for the Android 2.21.11.7 update and is currently in the beta stage and will be available in the future WhatsApp update.

Although, the new verification feature called “Flash Calls” will not be available for iOS users as Apple does not provide a public API to read and access the user’s call history.

As per the reports, to enable the feature, WhatsApp would require the user’s permission for managing calls and accessing the phone’s call log. The ‘flash call’ feature is optional, and users can continue logging into WhatsApp through the 6-digit code received via SMS or call.

One of the latest additions to WhatsApp is multi-device support that will help you stay logged in to multiple devices similar to Telegram App. Mark Zuckerberg, the CEO of Facebook, and WhatsApp chief Will Cathcart have announced that this feature will be added in the coming months.

Another newest addition to WhatsApp is WhatsApp’s Disappearing Mode that will empower users to send disappearing messages to all their contacts rather than enabling it just for individual chats. Once you allow the Disappearing Mode feature, all individual and group chats will have this feature turned on by default. This exciting feature is already in use for other social media platforms such as Facebook Messenger and Instagram under the name “Vanish Mode.”