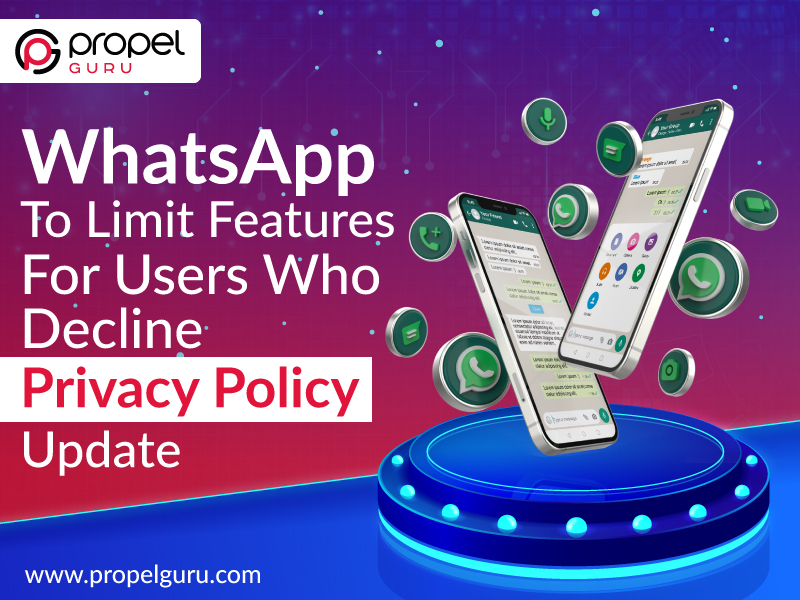 The Facebook-owned company said that most of the WhatsApp users have already accepted the terms of the updated privacy policy, and the ones who have not will get a follow-up to do that.

The company stated: “We’ve spent the last few months working to clear up confusion and misinformation. As a reminder, this update does not impact the privacy of personal messages for anyone. Our goal is to provide information about new options we are building that people will have, to message a business on WhatsApp, in the future.”

The company has now decided to start limiting features that will restrict users from accessing their chat list, but they can answer voice and video calls.

The company has now decided to start limiting features for the users who will not update the new privacy policy. WhatsApp will restrict some functionalities that include:

Subscribe to our YouTube channel now to stay updated with tech news and learn digital marketing skills and concepts from our industry experts.