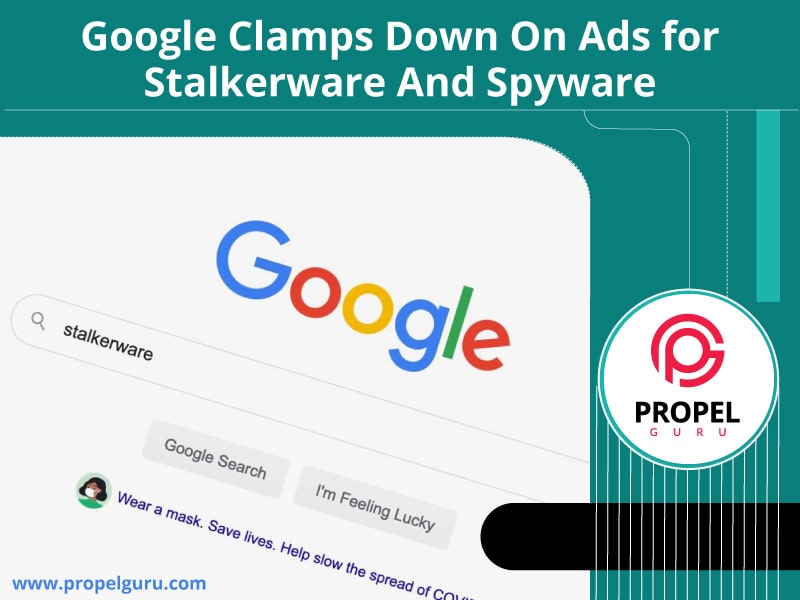 Google will soon be bringing curtains down on advertising for software and hardware designed to spy and stalk on people.

The company, which is owned by Alphabet, recently announced in its ads policies center that promotion of products or services that are targeted or marketed with the express purpose of monitoring or tracking another person or their activities without their authorization will be prohibited on the platform starting August 11.

The ban, under a change in the Google Ads Enabling Dishonest Behavior policy, will include advertising for malware or spyware used to monitor phone calls, texts, or browsing history. It also includes hardware, such as GPS trackers specifically marketed to spy or track someone without their consent, and surveillance equipment — cameras, audio recorders, dash cams, nanny cams — marketed with the express purpose of spying.

However, the ban does not include advertising for private investigation services or products designed for parents to track or monitor children.

It was noted by Google that policy violators will receive at least seven days notice before their account on the platform is suspended.

“Google is banning ads from app developers and about the apps themselves, but what about the ads about the blog with an article on the top 10 surveillance apps to download?” asked Liz Miller, vice president and a principal analyst with Constellation Research, a technology research and advisory firm in Cupertino, California. “That isn’t about an app. It’s about content,” she said. “Is that going to be a loophole?” “This is a great headline maker,” she added, “but the reality is I can still search for ‘spy app’ and they’re still going to come up in my Google search results.“

Security blogger Graham Cluley pointed the exemption for software could be a big loophole in the new policy. He wrote in his blog, “all a stalkerware company needs to do is pose as a ‘family safety’ app, which helps you keep track of your young children.“

“Sadly, I doubt Google’s ad ban will stop stalkerware apps from promoting themselves, it’s just they may no longer be able to be quite so explicit in their online adverts about how they are most likely to be used,” he added.