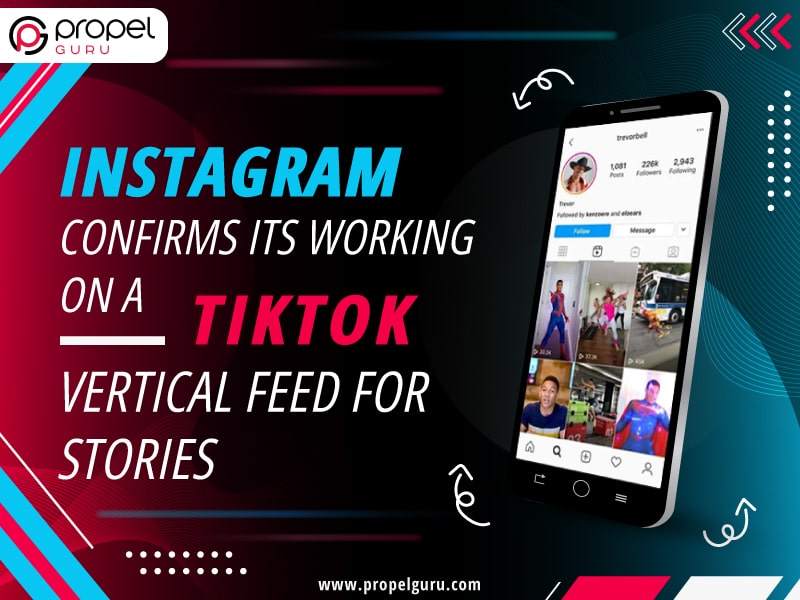 Instagram will soon try to emulate another element of TikTok’s design with a new vertical feed for stories. Navigating with vertical swipes up and down would make stories behave more like Reels, the short video feature the company made. It is a strategy Instagram added to compete better with Tik Tok.

According to Instagram, the vertical stories feed feature is not currently being tested. It was first analyzed by Alessandro Paluzzi, who shared the function on his Twitter account. The function is not entirely resided but as he found the change within the Instagram codes.

It’s not much to go on, but Instagram is at least considering the adjustment to its ever-expanding features. Instagram confirmed that the feature “Vertical Stories” is not yet live. Instead, he dug it up from Instagram’s code.

An Instagram spokesperson said that this is an early prototype and is not currently testing. Recently, the company’s TikTok rival, Reels, has been entered into the platform via the Instagram explore page, where Reels lead in the top position. When the user clicks on the Reels video, he or she will be taken to a new direct user interface where you then vertically swipe through videos, similar to TikTok.

It’s not clear at all what’s in the mind of Instagram, though. The social network could just be looking forward to the transition to the more modern vertical feed, as the demand between the users for traditional Stories format has been declining.