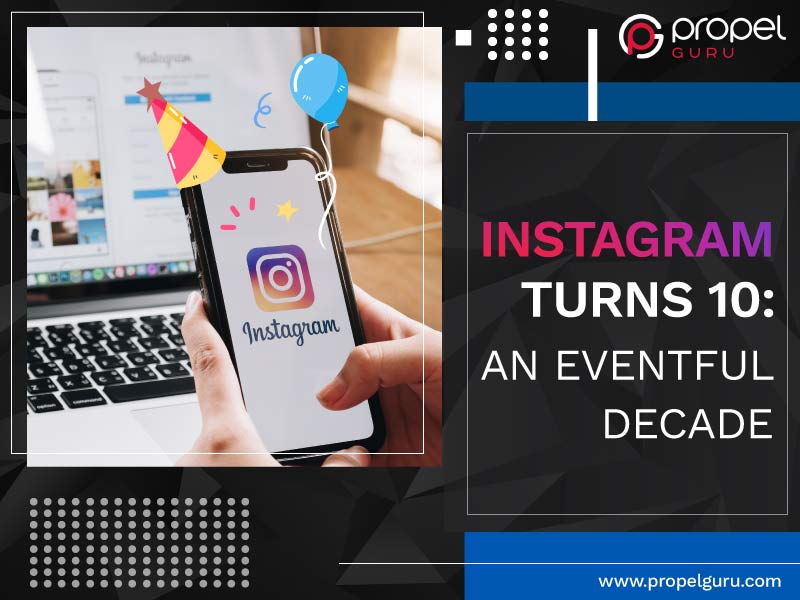 Social Media platform, Instagram turns ten this year. The app, which started as a photo-sharing application in 2010, has now turned the whole world into a storm over a decade.

With the advancement of Instagram, many hashtags and comments have also emerged like the #MeToo, #ShareWithPride, #ChallengeAccepted, the red dot challenge, #KindComments, #366daysofkindness, and #CounterSpeechYlac.

Instagram was founded by Kevin Systrom and Mike Krieger, who headed the company as the CEO and Head of Engineering, respectively. Facebook executive Adam Mosseri has led the social networking site after the co-founders left the company in 2018.

Instagram was first launched on iOS on October 6, 2010, where the photos were allowed to be posted with an aspect ratio of 1:1.

After two years, Instagram was launched on Android, and the hype was so big that nearly 1 million users downloaded the app in less than one day. In the same year, Facebook bought Instagram for $1 million, with just 13 employees, and Facebook’s first significant acquisition.

By 2015, Facebook introduced ads on Instagram, where marketers can use the app to tell visual and creative stories related to their business.

Stories were the first prominent feature on Instagram, copied from Snapchat’s disappearing photos and videos. Not just Snapchat, in 2019, the social media platform came up with Reels, first in Brazil, and then launching it globally around the world in 2020. This idea has been copied by TikTok, which is facing an uncertain future in the US.

In 2018, Instagram co-founders announced they were leaving the company. Even though leaving was not revealed, it has been stated that they have some disagreements with Zuckerberg.

In the same year, Instagram came up with in-app payments using which businesses got the option to provide links to their products and services on a particular post without leaving the app.

Instagram announced that it would be launching shopping on IGTV, and soon on Reels too.

Instagram celebrity Kylie Jenner’s posts were beaten by the photo of an egg in January 2019 that went on to become the most-liked post on the image-sharing platform with over 54 million likes.

The 10-year old social networking app is launching new features on its birthday. The new features that you can see on Instagram soon include – Stories Map, Hiding Potentially Offensive Comments, and Expanding Nudge Warnings.